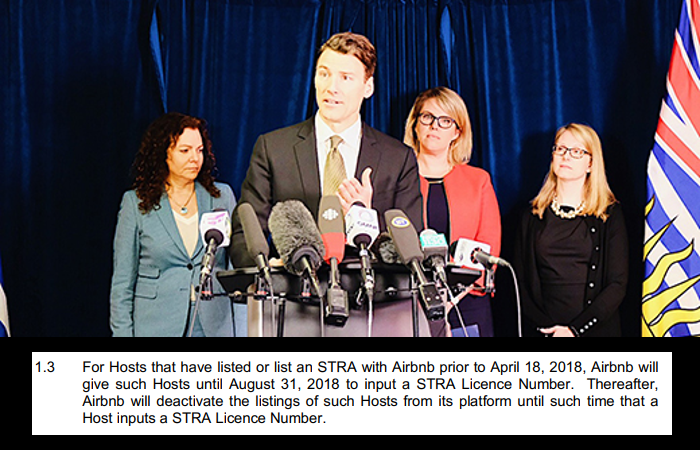 After I published my blog post, some of the hosts have obtained licences and Airbnb has deactivated the remaining listings.

Airbnb is required to deactivate listings that don’t have a licence and keep them deactivated until such time the hosts get licences for them. But my Airbnb data scanner has picked up at least six listings that popped up today without a licence.

This is a clear violation of Section 1.3 of the Memorandum of Understanding Airbnb signed with the City, which states

Airbnb is violating an MoU which is extremely favourable to the company. This just goes to show how little respect these predatory corporations have for the City of Vancouver.

To meaningfully protect our long term rental market from being decimated by Airbnb and other short term accommodation platforms, we must take the following steps:

I believe Vancouver should take care of those who take care of our city and our citizens. I dream of a place where those who contribute to our communities are able to afford to live in the city. I’m running for city councillor to see that dream come true. Please help me by donating and volunteering to my campaign.