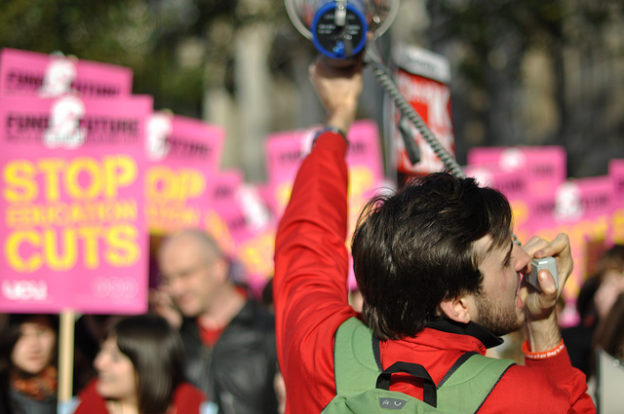 So there we have it, we are heading into an election or, as Theresa May calls it, a dangerous and unnecessary exercise. Because as we all know, United Kingdom is one of the world’s greatest democracies and the greatest threat to that democracy is that we get to vote. But vote we will.

So that means if you live in a retirement home, prepare to be targeted. Because these days it’s all about targeting the vote. All the major parties have well publicized plans to target the ethnic vote, the women’s vote, the blue-collar vote, the corporate vote. If there were more than five paraplegic vegetarian Latin speakers in Orkney, they would be a target.

Everyone is targeted, except for one group, the youth vote.

There are more than three million young eligible voters in this country and as far as any of the political parties are concerned, you might as well all be dead.

It is the conventional wisdom of all political parties that young people will not vote. And the parties, they like it that way. It’s why your tuition keeps going up.

So please, if you’re between the age of 18 and 25 and you want to scare the hell out of the people that run this country, this time around do the unexpected. Take 20 minutes out of your day and do what young people all around the world are dying to do.

[With apologies to Rick Mercer

2 thoughts on “Dear young people of Britain: Do the unexpected”